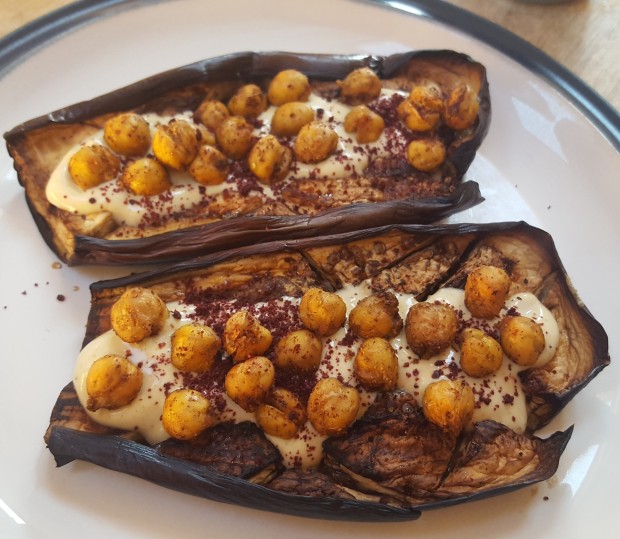 Sumac is a gorgeous, tangy lemon spice that I’ve been keen to try in recipes for aaages, and recently when in the West of Ireland I found it in a health store, and decided it was a sign! I absolutely love Middle Eastern and Mediterranean cuisine and cooking, so this spice is one I’ve seen featured on menus of spots I’ve been for food, and one I knew I needed to have at home! As you guys know, I’m a chickpea addict, and this recipe combines another ingredient I love to use – aubergine! Not to mention tahini – the love is so real there, I eat the stuff by the spoonful most days! Get the oven on, let’s cook! 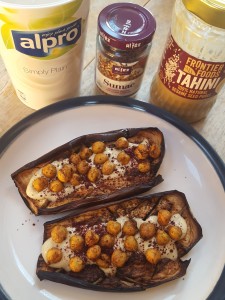 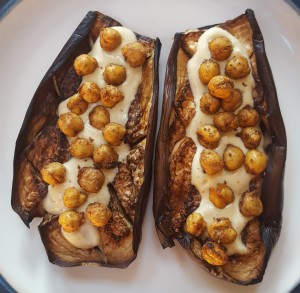 Enjoy guys! Tag me if you try this recipe out – @theirishbalance on Instagram/Twitter/Facebook!