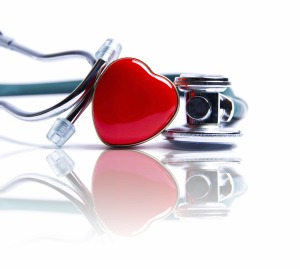 This post is a little bit of a different topic from those you might be used to my blog, but smoking and tobacco-related harms comprise a major public health issue, and I wouldn’t be a public health advocate if I didn’t address it on my platform! Now, this article is not about shaming smokers, past or present. It’s about raising awareness about the current prevalence of smoking in Ireland, the extensive harms caused by smoking (both to the smoker and those who are exposed to their second-hand smoke, which is known as environmental tobacco smoke (ETS)), and most importantly, the vast health benefits to be gained from smoking cessation, prevention of initiation of smoking, and reducing the chances of relapse during a quit attempt. Of course, I’ll also include the key resources available in Ireland for quitting smoking – for good!

One in every two long term smokers will die from a tobacco related disease.

Did you know that? I don’t think many do, but it’s a pretty shocking statistic to digest. I actually don’t know if I’ve ever seen a social media post or much chat at all about smoking on Instagram (my main social media platform), which is maybe because there’s more of a focus on diet and exercise nowadays as the big lifestyle factors people want to get on top of. However, smoking, despite the hard work of public health officials and the many anti-smoking policies and legislation in Ireland now (such as the landmark workplace smoking ban implemented in Ireland in 2004), hasn’t gone away. The prevalence of smokers in Ireland is currently 18.8%, which is thankfully on a slow but steady downward trend (22% in 2017, 23% in 2016 and 2015). There’s a greater proportion of males smoking than females in Ireland (21.1% versus 16.6%), and we also know that those of lower socio-economic status are more likely to be smokers than those in middle to upper classes. The goal in Ireland is to bring that number right down to less than 5% by 2025 – 6 years away. It’s an ambitious but neccessary and appropriate target.

So the obvious next question is – why? Why do we, as public health doctors, advocate for a ‘tobacco-free’ Ireland? Let’s break down the (numerous) reasons, keeping the stark statistic I shared above in mind! First, below you’ll see a great little infographic from the Smoking Facts Irish Health Service Executive webpage illustrating what is actually IN a cigarette, and where those components can be found outside of that. It’s not pretty.

Cigarette smoke, as you can see, contains a wide range of toxic chemicals (over 4000, in fact), 69 of which are known to be carcinogenic. The main reason smoking is so addictive is, as many of you will know, due to the nicotine in cigarettes, which reaches the brain within SIX SECONDS of taking a drag from the cigarette.

I’m going to break down the effects of smoking into those that affect the smoker, those who live/work/socialise around the smoker, and finally the economic and healthcare burden that arises as a result of smoking-related harms. I’m not trying to scare-monger in this article – instead, I want to make you aware, whether for yourself or a family member or friend you know who you’ve seen attempt to quit in the past, of the potential adverse health effects of this habit – and I’ll finish with some great resources in Ireland to help those wanting to quit for good.

Tobacco use is THE leading cause of preventable death in Ireland, accounting for 19% of all deaths, which translates to over 5000 deaths each year. The breakdown of these deaths is as follows – cancers (44%), circulatory diseases (30%), respiratory diseases (25%) and digestive diseases (1%). Smoking is also the leading cause of premature death in the WHO European Region, accounting for 1.6 MILLION deaths per year.

For the smoker, the health effects are serious and affect many organ systems in the body. Importantly, many of the potential diseases that can result from smoking are often silent until at a very late stage. I’ve put some of the most common diseases in bullet points below, and these are the ones we have very solid evidence based on decades of research:

A key part of why smoking is such a big public health issue is the adverse impact second-hand smoke (SHS) has on those in the environment of the smoker. SHS causes 600,000 premature deaths globally per year! Even if you don’t smoke, the SHS we may inhale from smokers we live, work or socialise with contains the same toxic chemicals and potent carcinogens as described above. So, while the health harms from SHS exposure are somewhat less strong as we don’t inhale the smoke directly from the cigarette, there is good evidence to say exposure to SHS causes increased risks for the following:

So if you’re a smoker, even if the implications for your own health don’t frighten you that much, or enough to want to quit the habit, it’s worth thinking about the effects on those around you, because they’re not to be sneezed at, and can be devastating.

Finally, let’s touch on the burden smoking places on society. It’s no secret that smokers cost the health service (and therefore the economy) a significant amount of money, wich increases year on year. In fact, a estimate of this cost from 2013 reported Irish health expenditure on smoking-related diseases was approximately 466 million euro per year! In the U.K., given the greater population size, this number is significantly higher, with smoking-related diseases estimated to cost the NHS between 3.1 – 6.0 billion euro per year.

Now, that’s some figures for the cost burden to society from smoking. And I’ve described the personal health cost that smokers risk from this habit. There’s also a major monetary cost to the smoker from actually buying cigarettes, the price of which is increased year on year in Ireland, simple because we know from the evidence that increasing the price of cigarettes reduces the likelihood that someone will buy them. Quitting smoking removes that expense and releases a big fraction of discretionary spending that you (or the smoker you know) could use for so many other things in life.

Okay. To finish, let’s talk about the HOW to STOP. To Quit Smoking. For good. As from the health risks you’ve read about above, here’s some extra fast facts about the health GAIN to be got from quitting, which I’ve taken from the really helpful Irish Health Service Executive ‘Quitting Smoking’.

However, quitting smoking for good is tough. While the majority of smokers, when surveyed, do want to quit, the success rate is very low. About 4 in 10 smokers try to quit each year, and of those, just over a third succeed on their first attempt. Over half succeed on their second attempt! The symptoms you may experience as a result of withdrawal can be tough too, and include the following – cravings, irritability, anxiety, disturbed sleep and concentration, possible weight gain (usually this occurs when a person replaces the smoking habit with an increase in dietary intake), and changes to energy levels. It’s important to remember all of these symptoms are temporary and are a result of the physical dependence that develops from nicotine use. 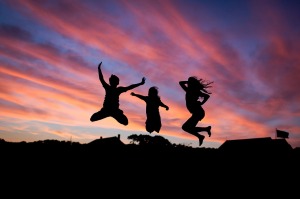 So, let’s talk about the steps to quit! You need to consider these steps involved, and ensure you’re armed with the right physical and psychological supports to succeed on your journey. In the bullet points below, I’ve shared some key steps on the path to success, and again, the Health Service Executive website here as well as Quit.ie are fantastic resources to get you started.

Okay gang. I really hope this article was helpful, made you more aware of the harms associated with smoking (for the smoker, those around them and society), and most importantly, showed you that quitting IS possible, and more than worthwhile, in the short and long term. I’ve re-linked the Irish smoking cessation online resources again below. As always I would love your feedback on this article – drop me an email, a comment or a message/Tweet – I’m @theirishbalance on Instagram/Twitter/Facebook!